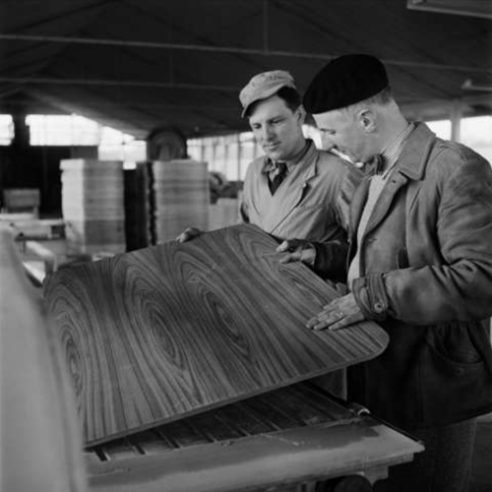 While work on developing bent wood chairs was the main focus for Bruno Mathsson during the mid to late 1930’s, in 1936 he also designed a range of small tables supported on bent laminated legs of beech. That they still in production over eight decades later is a testament to Mathsson’s most ingenious approach to solving practical

The small tables named Annika appeared in Mathsson’s debut exhibition at the Röhsska Museum in 1936.

The exhibition opened on March 14 of that year and ran for one month. Mathsson borrowed carpets and other textiles and while the exhibition was  paid for by the Museum Mathsson covered all other costs including security and daily maintenance himself.