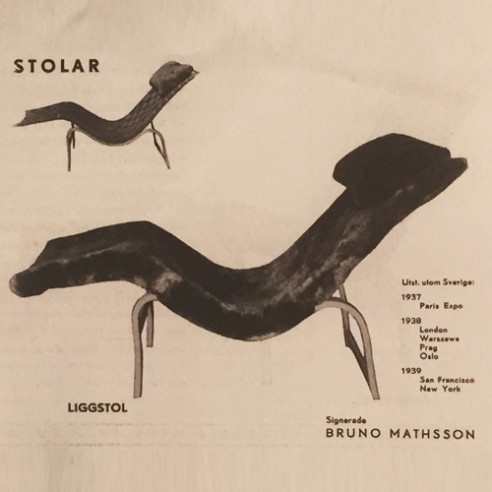 Model 36 with an extension to support the legs was the first Mathsson design intended purely for resting and was advertised as early as 1937 covered in white, beige or brown sheepskin. It was priced at 155 Kroner with the necessary pillow an option at 22 Kroner. ref: page 23 Dag Widman Bruno Mathsson Yale University Press.

This version of Mathssons iconic lounge chair is covered in a choice of :

The early 1930’s were a frenetic period of experimentation of functionalist principles and a major influence on the innovative role of Bruno Mathsson in 20th Century furniture design. In particular Mathsson began to study the mechanics or ergonomics of sitting.  He had carried out numerous experiments to develop what he had called the “hammock” or the seating form based on a timber frame supporting woven hemp webbing he had used on his 1931 “Grasshopper Chair“.