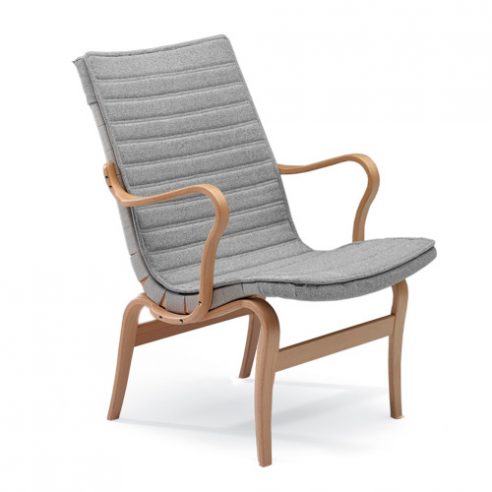 Bruno Mathsson had introduced his three basic chair models, easy, working and lounge chair Model 36,  in the late 1930’s but had not finalised his thoughts on aesthetics and construction details on all three variants to his satisfaction. It was to take almost ten years for Mathsson to resolve matters and the work chair which was named Eva in 1978 became more beautiful as it evolved over the years. The sitting position became more upright and the construction more streamlined with the

stretchers being placed directly under the seat.